You can find on this page the Israel trains map to print and to download in PDF. The Israel railways map presents the rail network and shows high speed rails routes of Israel in Asia.
Israel trains do not operate at all between sun-down on Friday and sun-down on Saturday. Popular among the train routes as its shown in Israel train map are the following cities: Haifa, Tel Aviv, Be'er Sheva and Jerusalem. 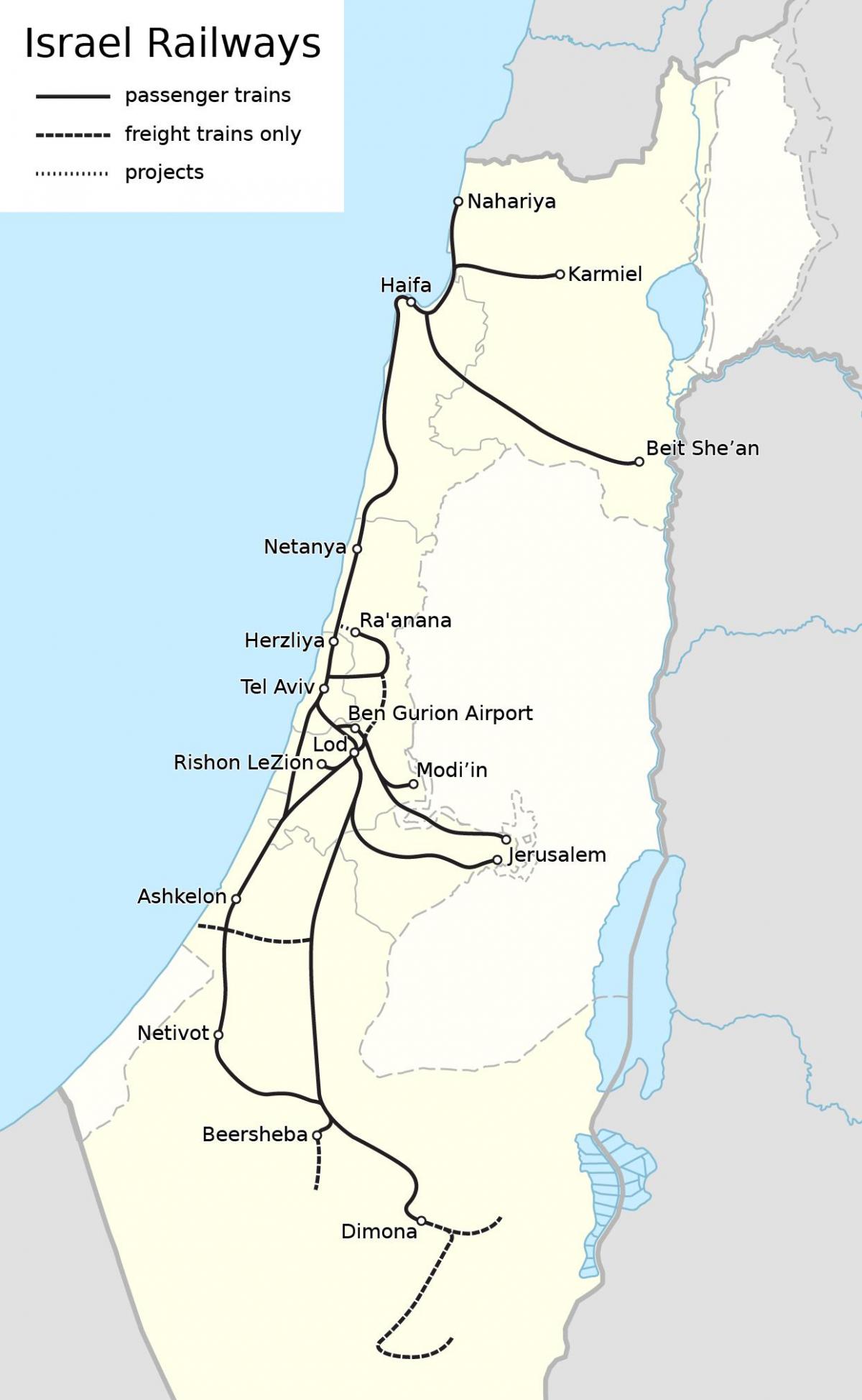 The roots of the Railway in the Land of Israel were planted within the vision of Moses Montefiore as a way of encouraging Jewish settlement in the middle of the 19th century. However, in fact, the first railway between Jaffa and Jerusalem was inaugurated only at the end of the century. The line from Haifa to Syria, whose rail gauge was narrow as well, is built by the Ottoman Government as an extension of the Hijaz Railway in Trans-Jordan, and from which extensions stretched to Acre and Samaria as its mentioned in Israel rail map. In time, this line gains the nickname of "the Valley Train".​

The Mandatory Railway is responsible for two different railway networks as you can see in Israel rail map- the narrow Hijaz Rail of the Valley, with extensions to Acre and Samaria (and Trans-Jordan as well) and the standard railway, whose main lines were the Haifa- El Kantara Line and the Jaffa - Jerusalem Line. While the military railway is built upon the standard British gauge of 143.5 cm, in order to connect to the Egyptian network and enable larger scopes of transportation.

Immediately after the establishment of the State, the Railway begins the reconstruction of the rail network and the construction of the new lines. The new tracks are intertwined with the existing network at Remez Junction next to Pardes Hanna and at Olamit Junction next to Petach Tikva as its shown in Israel rail map. In 1954, Tel Aviv Central Station is inaugurated at its southern end, and in 1956, the railway to Be'er Sheva is inaugurated as well.