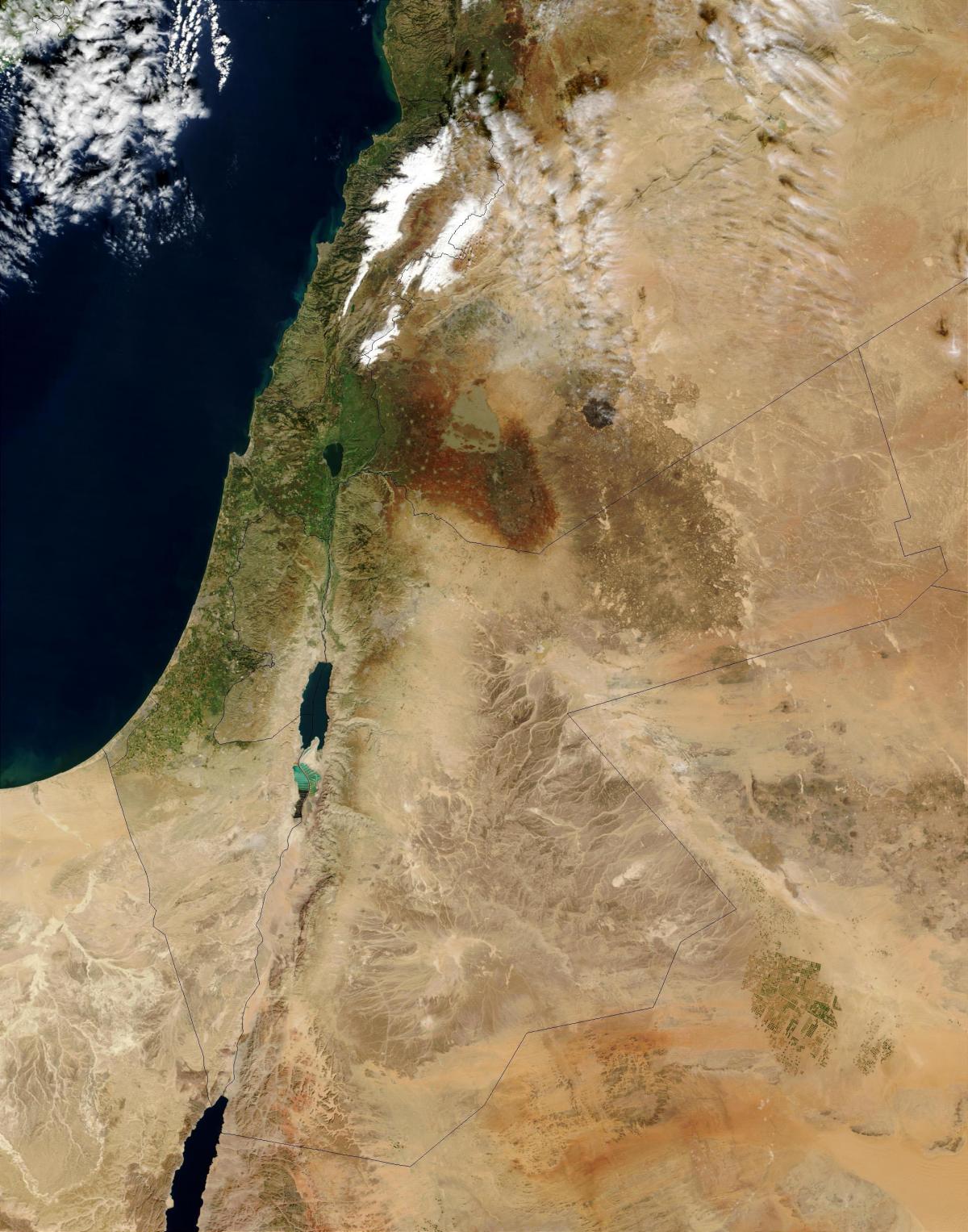 Map of Israel from satellite

Israel is located in the Middle East. As its mentioned in Israel satellite map, it is bordered by the Mediterranean Sea and the Gulf of Aqaba; Egypt and Gaza Strip to the west, Jordan, West Bank, and Syria to the east, and Lebanon to the north. The Holy Land is bounded by the Mediterranean Sea to the northwest, Lake Tiberias (Sea of Galilee) in the north, the Dead Sea in the center, and the Gulf of Aqaba in the south.

The satellite view and the map show Israel, a country in the Middle East with a coastline at the Mediterranean Sea. The region is regarded as the biblical Holy Land by Jews, Christians, and Muslims. Israel borders Egypt, Jordan, Lebanon, Syria, and the Palestinian territories of West Bank and the Gaza Strip; it also shares maritime borders with Cyprus.

Best satellite view from Negev to Turkey Mediterranean coast, also includes eastern part of Cyprus. More than half of Israel territory is occupied by true desert or near desert as you can see in Israel satellite map. The 7,815 square miles allocated to Israel in the 1948 partition of Palestine make a narrow strip of land along the eastern shore of the Mediterranean, roughly 265 miles long and 12 to 70 miles wide.