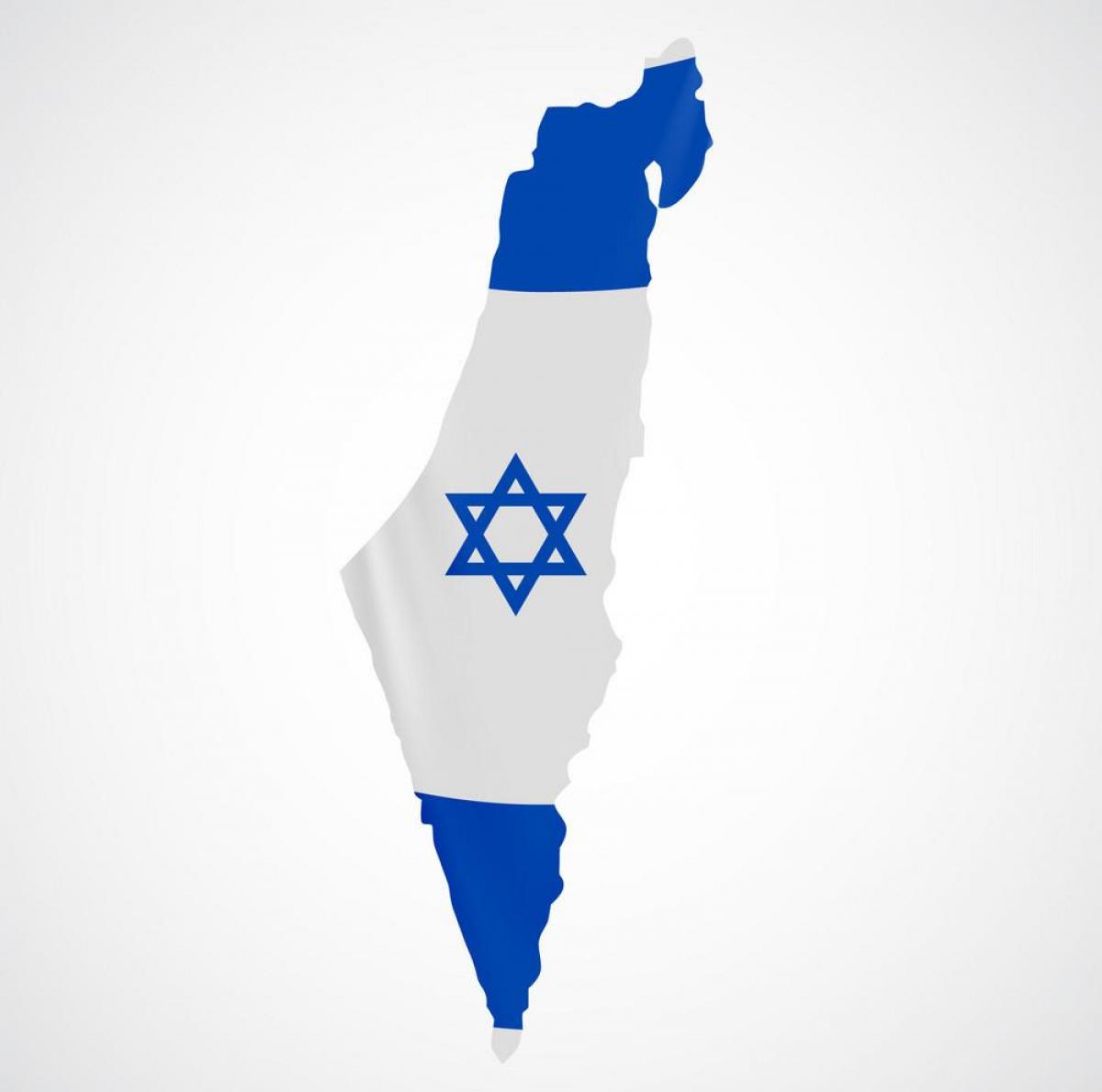 The early development of the flag of Israel was part of the emergence of Zionism in the late 19th century as its mentioned in Israel flag map. Jacob Askowith and his son Charles designed the “flag of Judah,” which was displayed on July 20, 1891, at the hall of the B’nai Zion Educational Society in Boston, Massachusetts, U.S. Based on the traditional ṭallit, or Jewish prayer shawl, that flag was white with narrow blue stripes near the edges and bore in the centre the ancient six-pointed Shield of David with the word Maccabee in blue letters.

The exact colour shade for the flag is not specified by Israeli law, nor is it defined by the Standards Institute of Israel. A dark shade of blue is described, however, in a notice (February 18, 1950) of the Israel Office of Information. Lighter shades of blue were used in earlier flags and are still used by some Israeli organizations (see Israel flag map), but it is said that lighter colours would fade easily in the brilliant sun of Israel.

The flag of The State of Israel includes two blue stripes on white background with a Shield (Star) of David (in Hebrew: Magen David) in the center as you can see in Israel flag map. This design was first displayed in Rishon-LeZion in 1885 and was also used at the First Zionist Congress in 1897 (Encyclopaedia Judaica, 1971). It was inspired by the tallit (the prayer shawl with blue stripes worn by Jews during prayer) as a symbol. The Star of David is a common symbol of the People of Israel from Biblical times. The flag was adopted officially on October 28, 1948 (25 Tishre, 5709) by the Speaker of the Provisional Council of State.