You can find on this page the blank map of Israel to print and to download in PDF. The contours map of Israel presents the international boundary of Israel in Asia. You can use the vector map of Israel for personal or educational use.
Israel blank map is not just a map. It is a piece of the world captured in the image. The simple blank map represents one of many map types and styles available. Look at Israel from different perspectives. 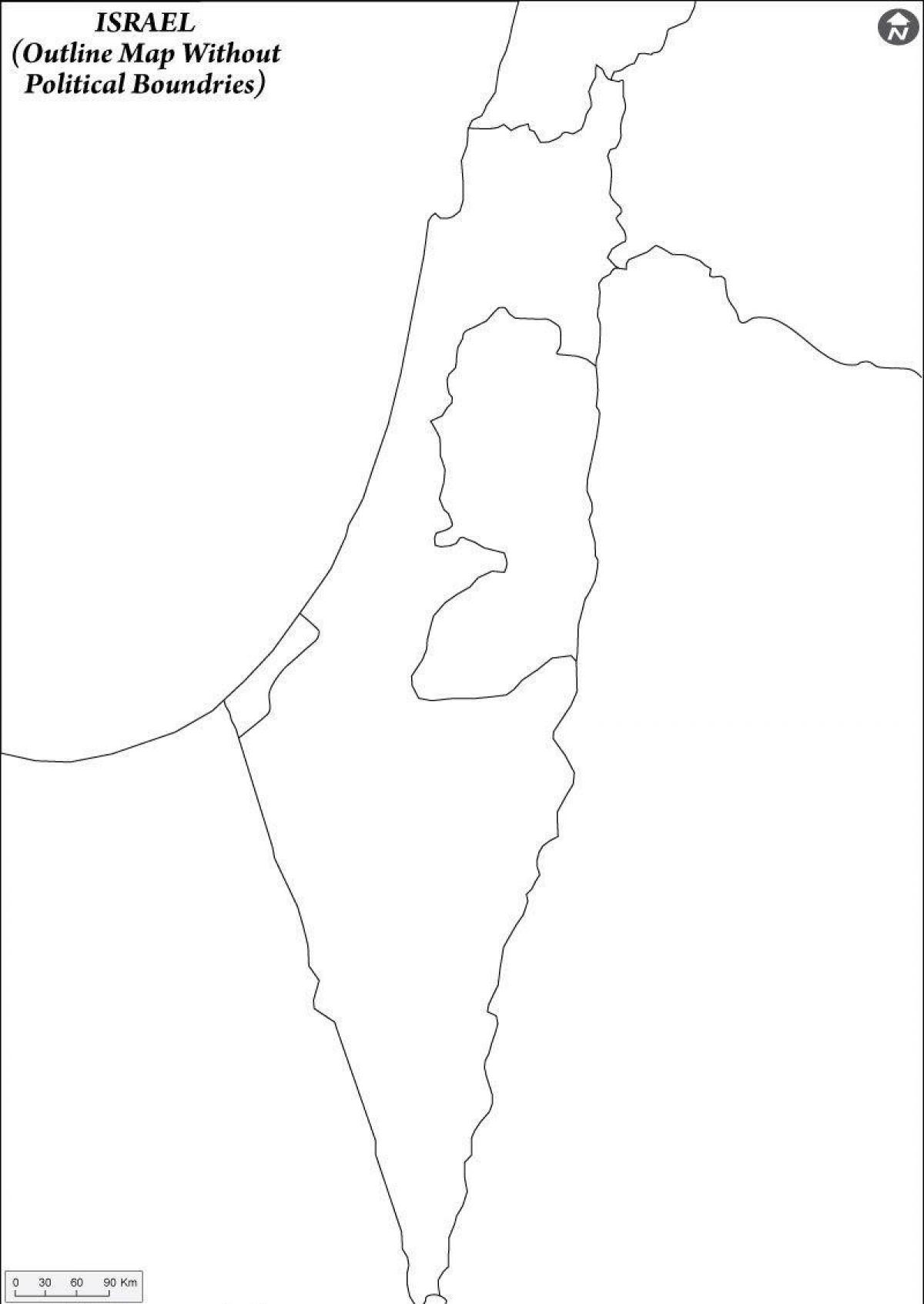 The blank map of Israel was created by the United Nations Department of Peacekeeping Operations Cartographic in January of 2004. The maps shows the country of Israel (shaded yellow) as well as portions of its neighboring countries. Major roads, cities, and airports are also highlighted. The Palestinian territories (West Bank and Gaza Strip), and the Golan Heights are also labeled on the map.

Israel is the beautiful Nation with the diversity of its geographical structure and if you want to witness its ultimate beauty in the closer view then you should check out the blank map of Israel. In this blank map of Israel you can have the utmost clarity of all the geographical objects of Israel, be it the mountains of the country or the dessert land surface. 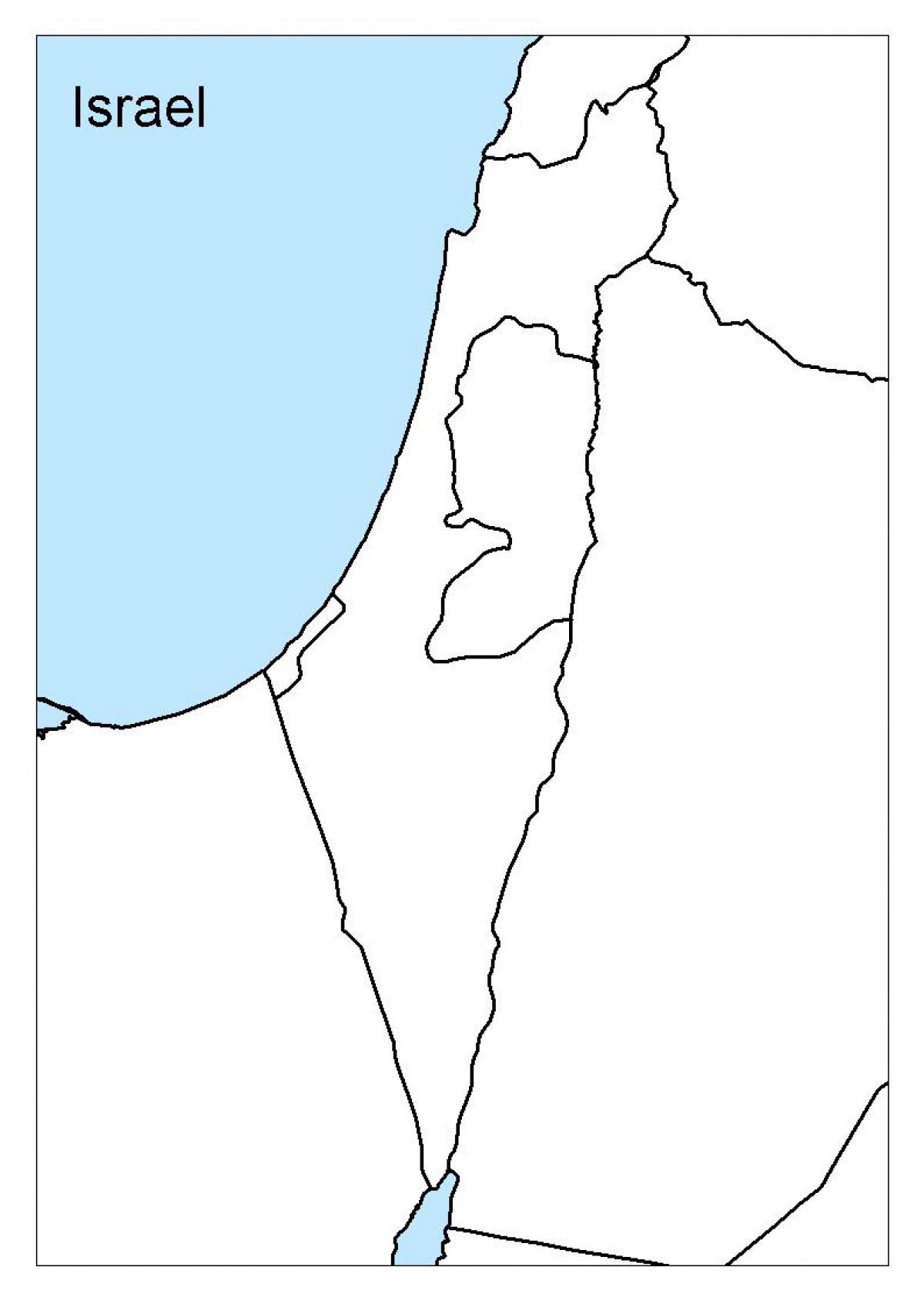 The Israel map outline shows all the contours and international boundary of Israel. This outline map of Israel will allow you to easily learn about neighboring countries of Israel in Asia. The Israel contours map is downloadable in PDF, printable and free.

Israel stands at the crossroads of Europe, Asia and Africa. Geographically, it belongs to the Asian continent and is part of the Middle East region as its shown in Israel map outlines. In the west, Israel is bound by the Mediterranean Sea. Lebanon and Syria border it to the north, Jordan to the east, Egypt to the southwest and the Red Sea to the south. Israel shares the region with the 22 member states in of the Arab League. The League has over 400 million people and with a total area of 13,333,296 km (5,148,048 sq mi).

Israel occupies a total area of about 20 770 km2 (CIA, 2008). It is bordered by Lebanon in the north, the Syrian Arab Republic, the West Bank and Jordan in the east, and Egypt and the Gaza Strip in the south and southwest as its mentioned in Israel map outlines. The total border length is 857 km. It has coastlines on the Mediterranean in the west (194 km) and the Gulf of Eilat (also known as the Gulf of Aqaba) in the south (12 km). Administratively Israel is divided into 6 districts: Jerusalem, Haifa, Tel Aviv and the Northern, Central and Southern districts.

A Mediterranean country, Israel is, strictly speaking, located in southwest Asia between the Mediterranean Sea and the deserts of Syria and Arabia. According to the Israel Ministry of Tourism, the country geographical borders as you can see in Israel map outlines are the Mediterranean to the west, the Jordan Valley Rift to the east, the mountains of Lebanon to the north with Eilat Bay marking the country southern tip. 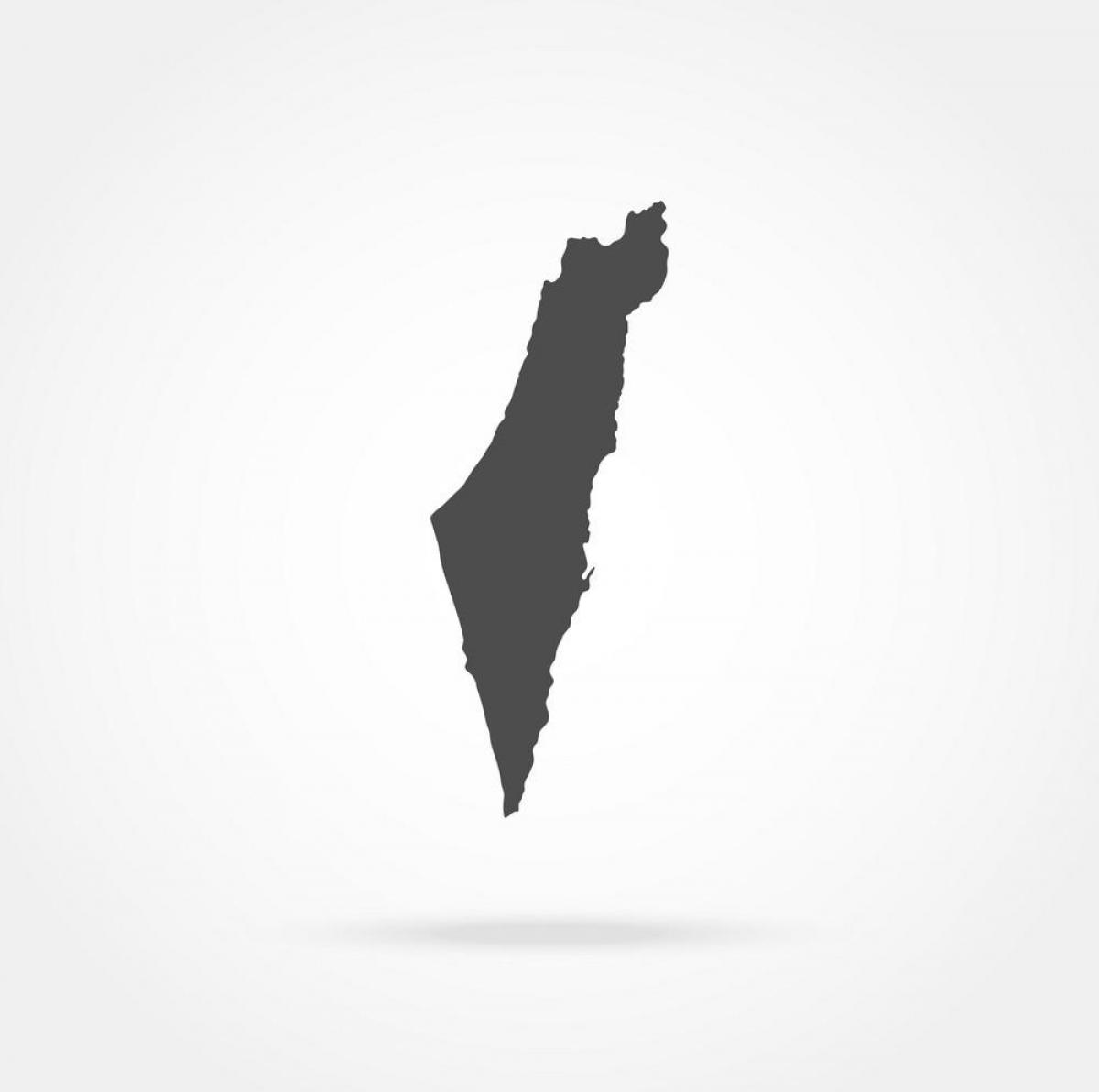 The triangular-shaped country is part of the Middle East with a coast-line at the Mediterranean Sea, its southern tip connects it to the Gulf of Aqaba (Red Sea) as its shown in Israel map vector. Israel borders Egypt, Jordan, Lebanon, Syria, and the Palestinian territories (West Bank and the Gaza Strip), it also shares maritime borders with Cyprus.

Israel is located in the Middle East, along the eastern coastline of the Mediterranean Sea, bordered by Lebanon, Syria, Jordan and Egypt as its mentioned in Israel map vector. It lies at the junction of three continents: Europe, Asia and Africa. Long and narrow in shape, Israel is approximately 470 km. (290 miles) long, and approximately 135 km. (85 miles) wide at its widest point. The total area of the state of Israel - including Judea and Samaria (the West Bank) and the Golan Heights - is 22,145 sq. km., of which 2.1% is water.

The Triangle formerly referred to as the Little Triangle, is a concentration of Israeli Arab towns and villages adjacent to the Green Line which also at the same time the shape of Israel, located in the eastern Sharon plain among the Samarian foothills; this area is located within the easternmost boundaries of both the Central District and Haifa District as its mentioned in Israel map vector.